“For as often as you eat this bread and drink the cup, you proclaim the death of the Lord until he comes”

The earliest text on the Eucharist – the Letter to the Corinthians (53/57) – speaks to us about the fact that the Eucharist is in connection with the death of Jesus. The Lord is dead delivering himself and allowing himself to be taken from his enemies. Celebrate the Eucharist wants to teach us how to live. We hate to lives by giving ourself  as did Jesus and as also did the apostles. A Church that thinks to defend itself, is no longer a church.

It is the Gospel to live by delivery and it is the path to be fulfilled to have eternal life. We celebrate the Eucharist “as long as he comes”, waiting for him to return, believing that death has not defeated him, because those who live by giving for love have a stronger life than death.

The Eucharist is a way of life, not a rite. We are all very concerned at the risk of reducing the Eucharist to a private, intimate devotion, as if everything could be resolved in the exclusive relationship between myself and the Lord, closed to others and history. There are two current dangers in this regard.

In the book of Deuteronomy, we see the danger of nostalgia of other times: the people with the hard cervix resists the Spirit. Even today we have some people like that, resent the times of tranquility and of triumphant church, when the churches were full, and the lavish liturgies, the imposing ostensors to “suffocate” the fragility of the Sacred Ostia; Times which were, however, of injustice, of power, of money, of clericalism, where Christ was not there.

The danger of spiritualism “And the bread that I will give is my flesh.” God’s life is not outside of human reality. There can be no gift of the Spirit where there is also the gift of the flesh. Jesus specifically says in chapter 6 of the Gospel of John: “Whoever meats my flesh.” The chewing verb in Greek is very strong and means “shredding, shattering”. The Gospel is not an ideal, but the concordance of bread and flesh. 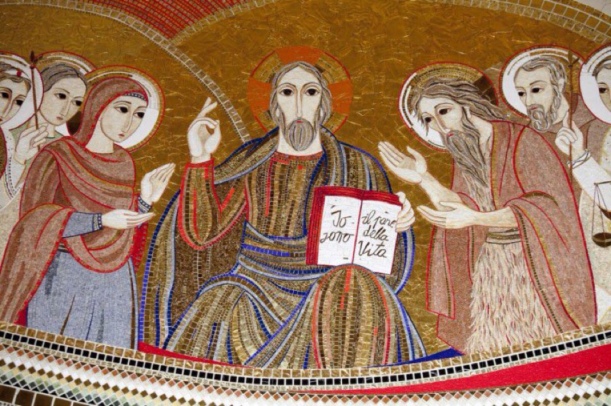 Everyone ate and satiated, and twelve baskets were carried out of their advanced parts.

There is no one who, coming to the banquet of the Messiah, is forced to return to fast. Indeed, there are loaves that are reserved to those who are left out of the canteen. We think, and pray, for all Christians living in a state of persecution, and can not celebrate the Eucharist; Pray for those who can not approach the sacraments and await the mercy of the Lord and the Church, not the hardness of the law; We pray for churches on mission land, where the priest arrives once a month; Pray for all those who have never met who the Lord, and also for those who have gone away for our fault and our contradictions. Let us pray because at the table to which Jesus wanted to sit, there really is a place for everyone, and no one is excluded, no one is missing; Perhaps then that will be the day he will return.

The Cenacle, which had seen the Apostles witnesses of the Lord’s Supper, is the place where they had been together to hear His Word many times and now the Cenacle becomes a refuge, a hiding place “for fear of the Jews” as the Evangelist John remembers. And the Acts say to us, “When the time for Pentecost was fulfilled, they were all in one place together.” (Acts 2: 1).

We have to remember that the Apostles in Jerusalem had few friends because they had been opposed to religious and political power, and they were considered  fanatical followers of one of the many messianic factions of the time. They threatened their lives to just preach that Jesus was the Son of God who was truly dead and truly resurrected. And in fact, the Acts tell us that soon the first martyr arrived: Stephen, who is stoned.

Today what are our fears, which make us lock in our groups? If we exclude the Church of the martyrs who, as we well know, still exists in many parts of the world today, we notice that there is also a strong temptation in the Church and among Christians to lock in an elite, often sectarian, excluding the world, seen as evil and an enemy of which to be afraid, and therefore tends to judge rather than love. It may happen that sometimes our faith, our Christian community, our ecclesial group, instead of being a space of fraternity and proclamation of the Gospel, turn into an impregnable fortress, where those in the interior judge the ones outside and also exclude them . “Outgoing Church” according to the teaching of Pope Francis also means not to be afraid and not to judge, but on the contrary be strong in the faith and widen the spaces of welcome. 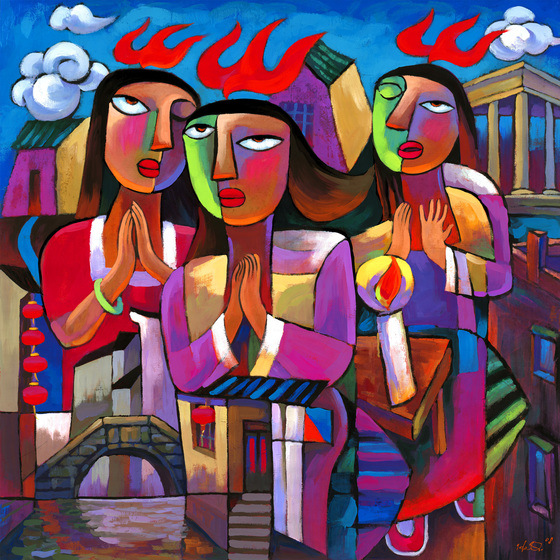 It is in this climate of fear and closure that breaks the Spirit. “And suddenly there came from the sky a noise like a strong driving wind, and it filled the entire house in which they were.” (Acts 2: 1). In that cenacle that has become closed and frightened, the Spirit intervenes, acts and transforms it, changes the hearts of those deceived men and recreates a new fraternity extended to the ends of the earth. That is why everybody was talking in their native language, always remembering the Acts.

Even today the Spirit calls us to look forward, to open the spaces of our heart, to listen to the Word. The Gospel is not a script to be copied, the Church is not a museum to guard. The Christian community of the origins had the courage of the Spirit to welcome the un-circumcised, dared to write the Good News, and it was pilgrim to the boundaries of the known world. Today, it is our time to transmit ‘the Gospel that we have received’, without fear, shame, and wherever we go in this globalized world. “The Advocate, the holy Spirit that the Father will send in my name – he will teach you everything and remind you of all that I told you.” (Jn 14:26).

It is not a simple thing to witness the Church of Pentecost, because it is the Church of Joy (as the Blessed Pope Paul VI reminded us) but also of martyrdom. Nobody feels that we have not have to pay a price, even personal. On the contrary, living the gospel of sacred habits, locked in the sacristies, hidden behind the smell of incense is undoubtedly easier. The Spirit instead calls us to risk the paths of life, to walk the way (ódos), just as the Gospel is called in the Acts of the Apostles. The hardest language to speak is that of who we meet, who is facing us, who will be against us, perhaps believing they do well. The Spirit teaches us to talk about that too.