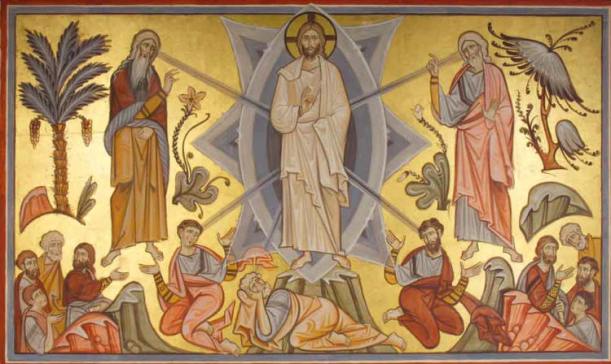 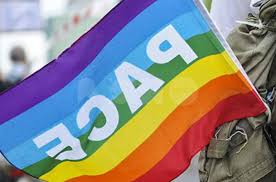 What is paradise? It will be an awareness of our Inner Self. It is to become finally aware that our Inner Self was created in God’s image (Gen 1 27 :” So God created man in His own image…”). I shall see in myself the image of God the Creator. Everyone will see in himself a reflection of God; like a ray of sun born from the incandescent origin of God’s love. I will know I am part of God’s eternal love.

God will be present and known by billions of creatures who will live in the incandescence of His love, the Holy Spirit of God. The entire cosmos will be displayed in the sun of love.

Then paradise will be for each and all of us the enjoyment of God who created us in his image. I shall contemplate him in myself, immersed in His love; the love which unites us all in God.

This was what John meant in his First Letter 3 1-2: “Behold, what manner of love the Father has bestowed upon us that we should be called the sons of God.”  “Beloved, now we are the sons of God , and it doth not yet appear what we shall be. But we know that when He shall appear we shall be like him; for we shall see him as he is”. In fact: “Love is God, and everyone who loveth is born of God and knoweth God. In this was manifested the love of God toward us because God sent his only begotten son into the world ”(1 John 4.7-10). Paradise will be to know and live in the likeness of god, the Father.

But there will be more: the Son sent by the Father, the Word of God has taken on and included in his ‘divinity’ , flesh similar to our flesh, to our body. “And the Word was made flesh ”(John 1 14). He is the “first-born” of the new creation, after the creation of Adam and Eve. The flesh of every man, in his suffering which penetrates the human experience and the entire cosmos has been absorbed and lived by the body of Christ.

In embracing all humanity, on the cross, Jesus leads us to descend into death to be resurrected with him on Easter Day. Paradise will be the glory of our resurrection in the resurrection of Jesus. We shall know each other and we shall love each other in the love of God with our body created for happiness. We shall live always in our love of the Spirit which lives eternally between the Father and the Word of God, the Son made man. Creation and Incarnation, these are the mystery of light and happiness.

Reflections on the Church of Francis five years on from the renunciation of Benedict XVI.

From 11th February until 13th March in the Year of Our Lord 2013, a strong wind of the Spirit blew over the Church and the Earth.

“Brothers and sisters, good evening! […]“And first of all, I would like to offer a prayer to our Bishop Emeritus, Benedict XVI. Let us all pray together for him, that the Lord may bless him and that Our Lady may keep him”. The prayers Our Father, Hail Mary and Glory to the Father were then recited. “And now, we take up this journey: Bishop and People.”

«Though he were a Son, yet learned he obedience by the things which he suffered…»(Heb5,8). We may say that as Pontiff, Benedict XVI also learned obedience from the things which he suffered.  For many things in life we can have masters of all kinds. How many masters there are for politics, science, literature! But when we enter into the shadow of suffering there is no master because all voices cease. It is then that we learn, in obedience, – and in particular five years ago in Poe Benedict’s obedience – what it means to serve and not to serve the Church, what it means to love and not use the Church. Only the experience of suffering, of betrayal, in a word, Gethsemane, leads us to listen humbly to the voice of a love which is stronger than death.

On that particular 11th February, “Professor Ratzinger” gave the Church and the World a great lesson; his last act of love as the Universal Pastor.

By his renunciation, Benedict XVI also provided the Spirit with the space in which to present us with the gift of Pope Francis, who has opened up a new era for the Church.

We know from the Gospels that Peter’s profession of faith, the rock upon which Jesus wanted to build His Church, was immediately “denied by the facts”. Jesus reproached Peter with harsh words because he did not accept the annunciation of the cross. At first, the Apostle was blessed by the Father but immediately afterwards he even became an obstacle, a stumbling block on the path towards Jesus. Peter and the others still had a long way to go, many things to understand.

The temptation is to follow a Christ without a cross but Jesus reminds us that His path is that of love and there is no real love without sacrificing oneself.

Pope Francis has taken Christ’s cross on his shoulders and takes it everywhere with him in the world, not as an ensign but indicating it as an instrument of salvation for all men.

The Pope is swimming against the current, he has an uphill battle. He tells us that only the love of Christ gives meaning and happiness to life. Every day, by his example he shows us that if we organize our life on love as Jesus did, our life will not be sterile but fertile.   He tells us that in the Eucharist, Jesus loses himself in order to find all of us.

Notwithstanding his witness of a Gospel “sine glossa” (or perhaps because of this?), the opposition to the Church of Francis, the Church of the poor and the least, is very active, also on the web and on certain traditionalist blogs. Often in an inept way thus invalidatings it, today they accuse the Pope of having cast the Church into doctrinal, moral and pastoral confusion. Curiously, these blogs speak to each other, they quote one another, they gather mutual strength from creating groups which remain minority groups – although what they come out with is very serious. They pose almost as the new Fathers of the Church. In reality they weigh like dust particles on the scales. Their tones and their arguments discredit them, but they are responsible for generating doubt and confusion among the People, above all among simple people and the lowly. But as the Gospel says, scandals must occur so that the true believers are revealed.

Pope Francis who came “from the end of the world” has today turned his attention to the entire world, to Christians, to other religions and naturally to the entire Catholic Church, indicating the Gospel as the safe route for the Church’s ship to sail and giving witness to it in his dialogue with believers in other faiths as well as non-believers, focusing “on what unites rather than what divides”. 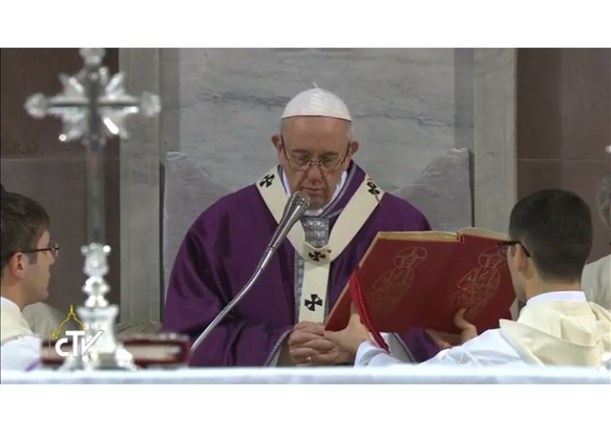